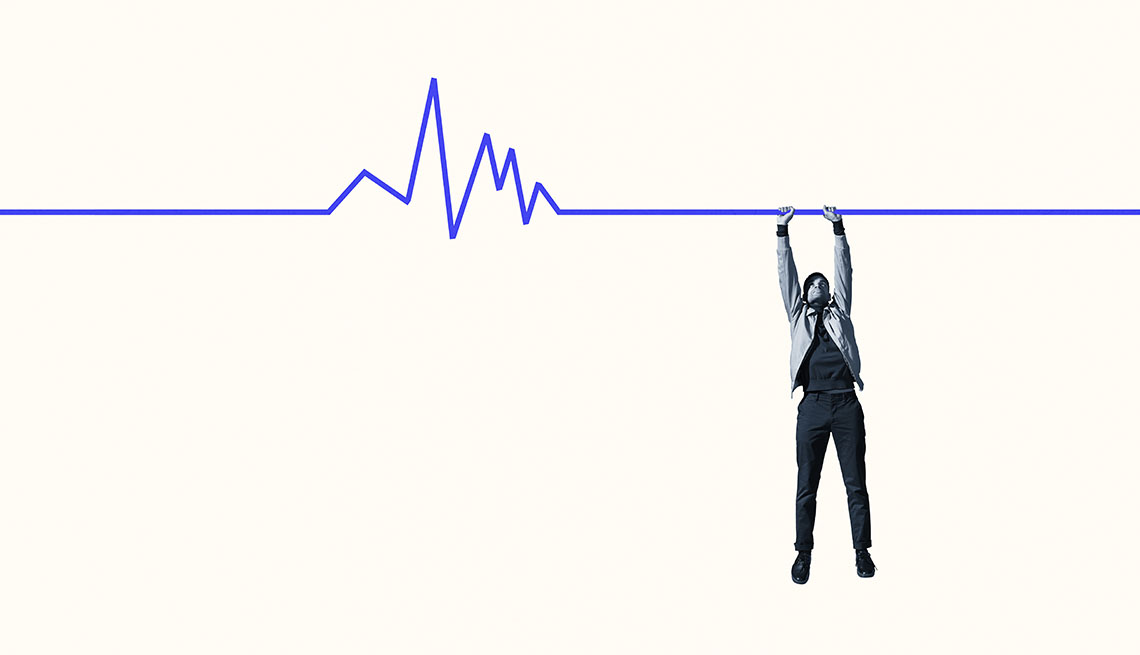 During the 2022 term and beyond, several issues involving health care will finally make their way to the Supreme Court.

Although the Court upheld the Patient Protection and Affordable Care Act (the “ACA”) intact in California v. Texas, other cases involving specific provisions of the ACA remain ongoing.

In one of those cases, Braidwood Mgmt. Inc., v. Becerra, two employers and several individuals filed a lawsuit to strike down key provisions of the ACA’s preventive services requirement. Am. Compl., No. 4:20-cv-00283-O (N.D. Tex. July 20, 2020) (ECF No. 14). This requirement reduces financial barriers to accessing critical services, like screenings for cancer, heart disease, and other chronic conditions, by requiring most private health insurance plans to cover them at no cost to the patient. Over 100 preventative screenings are covered under this provision, as well as Food and Drug Administration-approved contraception and pre-exposure prophylaxis (“PrEP”) to prevent HIV infection. More than 150 million people who have private health insurance have benefitted from this requirement.

When Congress drafted the ACA, it did not specify the covered services in the law. Instead, it delegated that task to three different government bodies with historical expertise — the U.S. Preventive Services Task Force (“USPST”), Advisory Committee on Immunization Practices (“ACIP”), and the Health Resources and Services Administration (“HRSA”). 42 U.S.C. § 300gg-13(a). This structure allows USPST, ACIP, and HRSA to add new services without Congress having to pass a new law.

In their lawsuit, Plaintiffs allege that the ACA preventative services requirement should be struck down. Am. Compl., Braidwood, No. 4:20-cv-00283-O (ECF No. 14). First, they allege that the requirement violates the Appointments Clause of the U.S. Constitution because the President does not appoint the members of the USPST, ACIP, and HRSA who decide the covered services. Id. ¶ 70. Second, they allege that it violates the Vesting Clause of the Constitution because it confers executive power on the USPST, over which the President has no executive control. Id. ¶ 90. Third, they allege that it violates the non-delegation doctrine because the government delegates the decision-making authority to those entities without providing an “intelligible principle” to guide the agencies’ discretion. Id. ¶ 85. Finally, they allege that covering PrEP to prevent HIV infection violates the Religious Freedom Restoration Act. Id. ¶ 108.

The federal government filed a motion to dismiss, arguing that Congress mandated the coverage of these services and the processes that the USPST, ACIP, and HRSA use to develop list of services. See Mot. to Dismiss at 24-25, Braidwood, No. 4:20-cv-00283-O (ECF No. 20). The government also argued that the individuals in charge of the federal agencies that oversee the ACIP and HRSA are appointed by the President and confirmed by the Senate, id. at 21-22, and that the members of USPST and ACIP are not officers requiring appointment, id. at 23.

Having denied in part the motion to dismiss, Order at 1, Braidwood, No. 4:20-cv-00283-O (ECF No. 35), a federal district court in Texas is currently considering the parties’ motions for summary judgment. Regardless of the outcome, the case likely will be appealed to the Fifth Circuit and eventually to the Supreme Court.

The ADA and Olmstead Litigation

The Americans with Disabilities Act (“ADA”) and the Supreme Court’s decision in Olmstead v. L.C., 527 U.S. 581 (1999), require public entities to administer services in the most integrated setting appropriate to the needs of individuals with disabilities. This helps older adults remain in their homes and communities as they age. Nearly 80% of adults age 50 and older say they want to age in their homes. Yet, because people tend to gain disabilities as they age or are living longer with disabilities, they run the risk of being forced to move to a nursing facility or other institution to receive needed services if they cannot obtain or connect to services in the community. Individual plaintiffs and the U.S. Department of Justice (“DOJ”) have successfully enforced the ADA and Olmstead against public entities to ensure that services are available in the community. See, e.g., Settlement Agreement, United States v. North Carolina, No. 5:12-cv-00557-D (E.D.N.C. Aug. 23, 2012) (ECF No. 2-2) (settlement agreement resolving DOJ’s Olmstead investigation of the state’s mental health service system; expanding access to community-based supported housing for individuals with mental illness); Settlement Agreement, United States v. Rhode Island, No. 1:13-cv-00442 (D.R.I. June 13, 2013) (ECF No. 4-3) (settlement agreement requiring the state to make changes to provide children with intellectual and developmental disabilities community-based services).

In Florida v. United States, the State of Florida has asked the Supreme Court to review an Eleventh Circuit decision affirming the DOJ’s ability to sue states for violating their obligations under the ADA and Olmstead. This is significant because the DOJ is a key enforcer of Title II of the ADA and Olmstead.

In United States v. Mississippi, the Fifth Circuit is considering an appeal of a district court decision holding that Mississippi’s mental health system depends too heavily on institutionalization and does not provide the community-based services that Title II of the ADA and Olmstead require. See Memorandum Ord. & Op. at 51, No. 3:16-cv-00622-CWR-FKB (Sept. 3, 2019) (ECF No. 234). AARP and AARP Foundation submitted an amicus brief explaining the importance of enforcing of the ADA to ensure that older adults can receive services in the community instead of being forced to live into a nursing facility or other institution. Overall, the resolution of these cases will influence future enforcement of the ADA and the ability of older adults with disabilities to age in the community.

The Covid-19 pandemic highlighted long-existing health care disparities based on race and other factors. For example, in Louisiana, early on in the pandemic, Black residents accounted for 72% of COVID-19 deaths, while comprising only 32% of the state’s population. Some state and local governments are taking steps to address those inequities.

In Jacobson v. Bassett, the Second Circuit is considering an appeal of a district court decision denying a request for a preliminary injunction to stop New York State Department of Health guidance meant to address health care inequities. 3:22-CV-00033 (MAD/ML), 2022 WL 1039691 (N.D.N.Y. Mar. 25, 2022). The guidance recommends that physicians should consider if a patient with COVID-19 is of a nonwhite race or Hispanic or Latino ethnicity when assessing that patient’s chances of developing severe illness and whether to prescribe scarce oral antiviral treatments. The plaintiff, a law professor from Cornell University, sought a preliminary injunction to stop the implementation and enforcement of this guidance. He alleged that the guidance violated the Fourteenth Amendment of the U.S. Constitution, the Civil Rights Act of 1964, and the Section 1557 of the ACA based on racial preferences. Jacobson, 2022 WL 1039691 at *1. The district court dismissed the case for lack of standing. Id. at *4­­­­–5. The Plaintiff is now appealing that decision to the Second Circuit. Several amici, including the National Medical Association, American Medical Association, the Lawyers’ Committee for Civil Rights Under the Law, submitted briefs in support of the State of New York.

Enacted in December 2005, the PREP Act empowers the Secretary of HHS to issue a PREP Act Declaration that a disease or other health condition constitutes a public health emergency. 42 U.S.C. § 247d–6d(b). The PREP Act gives “covered entities,” including nursing facilities, broad immunity from claims arising from the administration or use of “covered countermeasures,” such as vaccines, personal protective equipment, and medications. Id. § 247d–6d(i)(1). This immunity encompasses claims under both federal and state law. Id. § 247d–6d(b)(8). There is an exemption for claims that involve willful misconduct, but such claims must be filed in the U.S. District Court for the District of Columbia. Id. § 247d–6d(d)-(e). If successful, those claims are compensated through a federal fund. Id. § 247d–6e.

On Jan. 31, 2020, then HHS Secretary Alex M. Azar II declared a public health emergency in response to the COVID-19 pandemic. HHS then published a Declaration activating the PREP Act’s protections to apply as of Feb. 4, 2020 through Oct. 1, 2024. A December 2020 amendment to the Declaration states “there are substantial federal legal and policy issues, and substantial federal legal and policy interests, in having a unified, whole-of-nation response to the COVID-19 pandemic among federal, state, local, and private-sector entities.” The petitioner argues that this statement means that cases brought against nursing facilities in state court should be removed to federal court and trigger PREP Act immunities. Petition at 25, Glenhaven Healthcare v. Saldana.

In this case, a resident of Glenhaven Healthcare nursing facility in Glendale, California, died of COVID-19. Saldana v. Glenhaven Healthcare LLC, Case No. Cv 20-5631 FMO (MAAx), 2020 WL 6713995 (C.D. Cal. Oct. 14, 2020). His family sued in state court. After Glenhaven removed the case to federal court, citing the PREP Act, the family sought to return the case to state court. Id. The district court granted the remand in a decision that the Ninth Circuit later upheld. Id., aff’d 27 F.4th 679. The nursing facility now is asking the Supreme Court to overturn the Ninth Circuit decision.

The Second (argument pending in Leroy v. Hume, No. 21-2158), Third, Fifth, Seventh, and Eleventh (argument held; opinion pending) Circuits have similarly considered, or are going to consider, this issue. These cases are important because they will help determine the extent to which nursing facility residents and their survivors can hold facilities accountable for injuries suffered during the pandemic. AARP and AARP Foundation submitted an amicus brief in the Second Circuit in Our Lady of Consolation Care Ctr. v. Rivera-Zayas, a case brought under similar facts. No. 21-02164. Our brief supported a nursing facility resident’s ability to sue nursing facilities in state court for harms caused during the pandemic.

The hard choice is not a bad decision – The Tribune

Active Surveillance ‘Most Definitely’ a Viable Treatment Option for Some Patients with Thyroid Cancer, Says Expert